Unlike an auction or a consignment facility, Frank's Car Barn owns and maintains all of their classic vehicles.  Potential buyers are encouraged to take the cars on a test drive or ride.  We want the new owner to know the quality of the vehicle they are getting.

Frank was born and raised a car guy in El Paso, TX.  Like many young guys who grew up in the 60's, his love for American muscle cars caught him early and has yet to let go.  He received his first traffic citation at the age of 11 because his father regularly let him drive the family work truck.  Things only escalated from there. He often tells stories about his friends, as teenagers, coming over with their new cars from the era. One friend in particular showed up at his house with a new 1965 Yellow Chevelle Z16. Frank describes it as a life-changing moment.

His car disease progressed from there.  He soon went on to save his money from working at a local gas station to buy his first new car, a 1966 Lemonwood Yellow SS396 Chevelle.  Soon,  he and his friend Bobby Haley, developed a plan to buy a brand new 1967 Camaro and make it into a drag car on the day of delivery.  They named the car "Charlie Camaro" after a fictional character used to promote an El Paso Chevrolet Dealer.  They raced the car all over the Southwest United States, but mainly in Southern California.  After a few years and all kinds of fun, Frank finished school and met his wife Barbara.  It was time for the toys to go and for him to start a family and a career.

He soon developed a marketing career that brought him to Houston to become one of the ground floor representatives for Weed Eater and Green Machine lawn equipment.  He enjoyed this career and had great success for the next 20 years, but the car business was where his passion was leading him.  In 1984, Frank started Texas Stagecoach, a van and truck conversion company that sold to new car dealers all over the country.  The company enjoyed most of its success during the 90's, selling hi-end custom trucks and Suburban's. Frank caught the drag racing bug again.&nbsp

In the early 90's, he met Top Fuel Funny Car racers Del and Chuck Worsham.  They soon developed a friendship which turned into a sponsorship opportunity for Texas Stagecoach.  For a good part of Del's first 15 years in Top Fuel Racing, Texas Stagecoach handled the painting of the car bodies, trucks and trailers.  Texas Stagecoach often served as a Texas home away from home for the Worshams and a few other NHRA teams.   It was not uncommon for 3 or 4 team trailers to be parked at the shop when races came anywhere near Houston.  In the early 2000's, Texas Stagecoach's business started to slow as the factories made nicer trucks and SUV's directly.

Frank and family decided to close the doors on Texas Stagecoach in 2002 and to lease out most of their 19-acre property.   Just like that,Frank was semi-retired.  He had kept a building at the old Texas Stagecoach property, where he had hoped to house 4 or 5 collector cars.  This easy-going plan did not really suit Frank though.  He bought a few cars, had some fun, then bought some more cars.  His childhood car passion had been tapped into again.

Soon he had no more indoor space to store his cars. He had nice cars stored in enclosed trailers around the property.  He knew he needed fewer cars or a bigger building.  So he found the perfect 14,000 sq.ft. building.  The only problem was it being a retired Air Force building at Kelly Air Force Base in San Antonio, nearly 200 miles away.  This did not slow him down.   He bought it,  gathered a crew to deconstruct the building in San Antonio and bring it to Houston for reconstruction.  The project took him and a few contracted employees 18 months to complete.  So much for being semi-retired.  The building was now finished and it was all he had hoped for and more. The problem now was too much free space.

So the buying began again, and slowly the building became full of all kinds of cars he had always wanted to own; including a few cars that he wanted to own again.  First, he went and a found a clone of his first new car, a beautifully restored 1966 Lemonwood Chevelle SS396.   Next, he planned to find a 1967 Black Camaro and build a clone of "Charlie" Camaro.  However, when he was talking to his old friend Bobby Haley about the plans, they began to fantasize about finding the actual car.  One thing lead to another and Bobby found the old VIN on some Microfiche he had in storage.  Frank then began an internet search for the actual car.  This was particularly funny because the computer and Frank are not always best of friends.  Unbelievably, he found the actual car in Ft. Worth, not very far from Houston.

He soon was on his way to meet with the owner. After some very careful negotiations, he was once again, 35 years later, in possession of his beloved Camaro.   The car was in the perfect condition for a restoration and, that is what they did.  It is now the only car that is not for sale in his collection.

In 2013, his son, Kent, showed  interest in trying to make a business to coincide with the car collection.  After some considerable thought they came up with a plan.  Frank had some demands though.  He wanted to make sure the business was still fun.

So the plan was to only buy cars they liked.  If they don't sell the cars, they are still happy to own them.  Second, he did not want the business to get in the way of the fun of the cars.  So they run Frank's Car Barn a little different.  Profit is not at all the main objective.

Frank says "The best thing about the business is that, it is the same thing we would be doing if money were no object.  We just love cars,and we are lucky enough to be able to do what we love everyday." 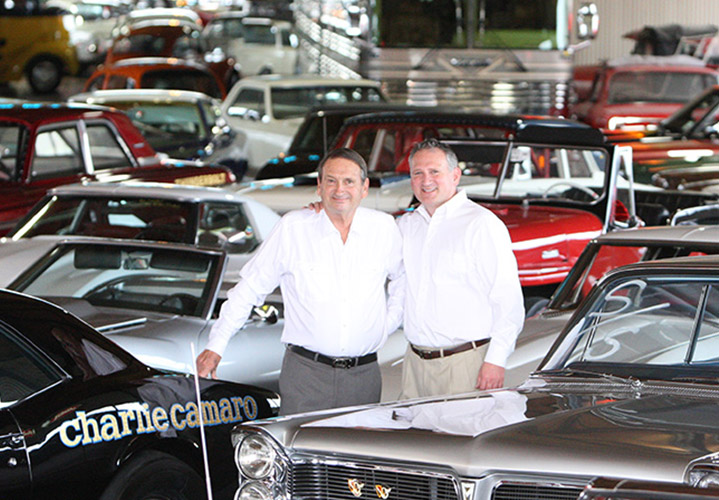 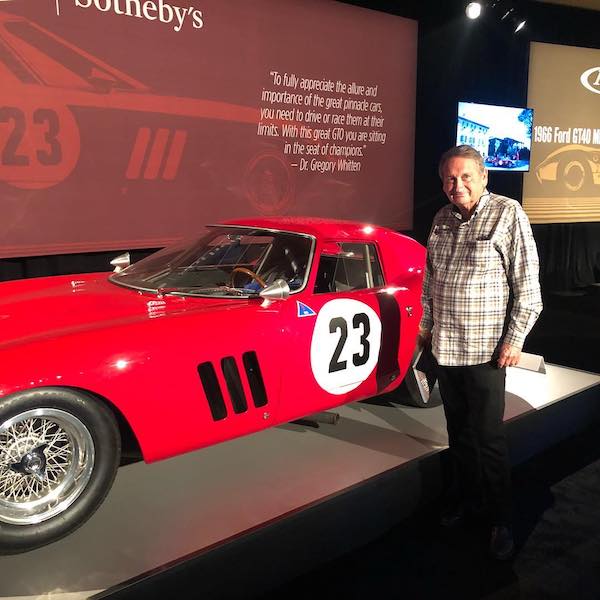 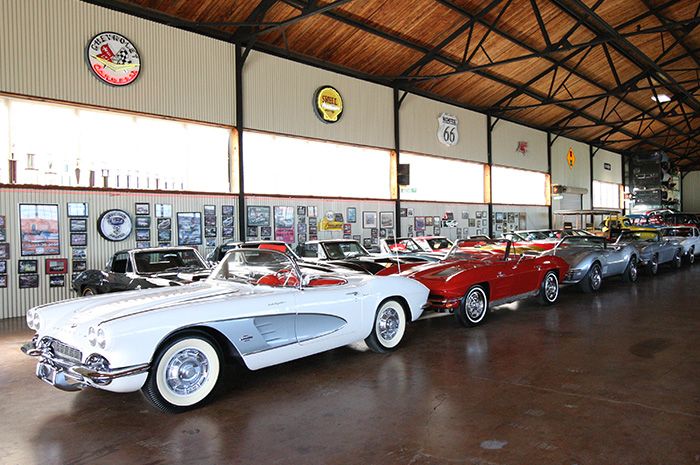